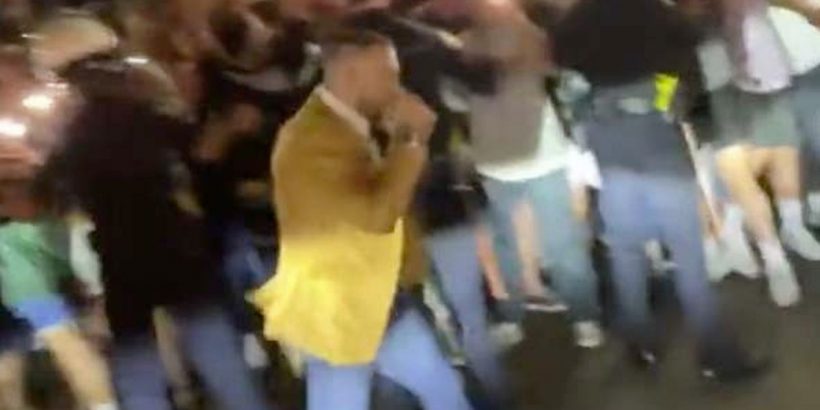 Conor McGregor has been spotted shadowboxing in Newport Beach, California, just one week ahead of the final chapter of his trilogy bout with fellow UFC star Dustin Poirier.

McGregor won the fist bout, at UFC 178 back in 2014, and the Notorious One dropped his American rival in under two minutes inside the first round.

Poirier had to wait until UFC 257 – almost seven years later – to enact revenge, and the American handed the Irishman his first ever KO loss in early 2021.

And the third bout between the pair is set for next Saturday, and McGregor looks up for the fight. Ever the showman, McGregor played dup to the crowd as he shadowboxed in a circle to rapturous cheers.

The crowd chanted his name, as the Notorious One declared his love for the country: "Wow, that was incredible… I'm on the wrong side of the road here, look at this, America, happy 4th of July, what a country. That was a mad scene!"

However, not everyone was impressed: "Aww f*** he’s done if he goes into the fighting in that boxing stance again," one fan tweeted.

"Give me a break. They're 12-year-old kids on a field trip or a couple of local dojo's, at best. Sad and lame," another said.

Can McGregor avenge his January 2021 loss? Let us know in the comments section

The pair are set to square off in the main event of UFC 264, and whilst the duo are the same height, McGregor has an extra inch in reach.

Neither fighter has had a bout since their last meeting, and – despite Poirier's best efforts – the clash will be held in the same weight class as their January bout.