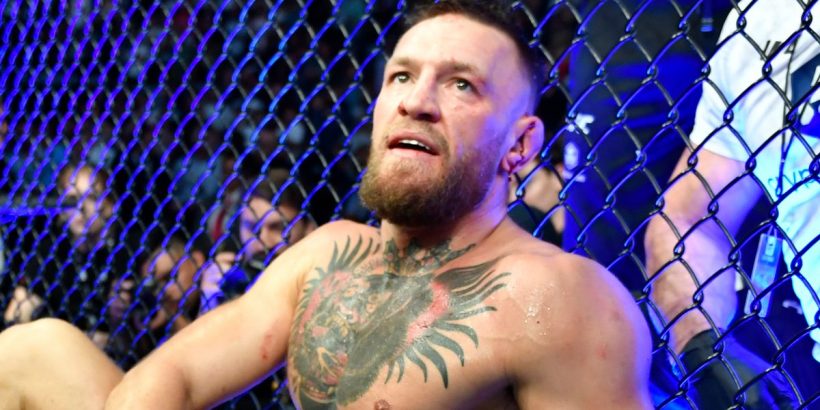 McGregor faced Poirier in the main event bout at UFC 246. After a heated build-up to the trilogy contest, many fans were expecting the bout to be a potential fight of the year contender.

Instead, Poirier dominated the opening round, landing the heavier shots on the feet as well as some brutal ground-and-pound after McGregor attempted an ill-fated submission. Two of the bouts’ judges scored the round a 10-8 for the Diamond.

The contest would then go from bad to worse for the Irishman. In the final moments of the first round, McGregor fired a one-two combination. After missing with his left hand, he fell backwards, and his ankle appeared to snap.

The former UFC two-weight world champion collapsed on the canvas and Poirier jumped on top to land even more ground-and-pound.

The round ended just seconds after the injury and the UFC’s doctor told referee Herb Dean that McGregor was not fit to continue fighting, meaning Poirier was victorious via doctor’s stoppage.

Who do you think Conor McGregor should fight next? Let us know in the comments section below.

In the days following the clash, McGregor’s coach John Kavanagh has claimed he was more than happy with the Notorious’ performance, despite Poirier battering McGregor from pillar-to-post in the first round, typically when the Irishman is most successful.

“I wasn’t concerned at all, I was actually really, really happy,” Kavanagh said.

“And I knew what I was going to be saying between rounds. I was just going to tell him to keep doing what he was doing with the kicks and try to close a bit heavier this time.

“A few adjustments between rounds and I thought we were on track to getting a finish there or at least keep going, keep the rhythm going for the rest of the fight.”

“When [McGregor] got up, yeah, of course, it was a very, very unfortunate ending—probably fortunate for Conor though, let’s be honest,” Bisping said. “Of course he [was] in the hospital, he [got] operated on. That’s not good.

“But in terms of Conor McGregor, in terms of the machine, the fan base that he has, and the narrative to twist the situation.

“Just like his coach John Kavanagh has, he said, ‘Oh, I so nothing that concerned me. I knew that in the second round we would get the knockout. Nothing I was seeing there concerned me at all.’

“If that’s true, John Kavanagh, Conor should fire you immediately because that was very concerning.

“You were on your back and you were getting dominated. It was a 10-8 round. That’s concerning. You don’t want to get your ass kicked, simple as that, and that’s what was happening.

“The leg kick was unfortunate but, as I said, it gives McGregor an excuse or a reason why the fight ended.

“But if that didn’t happen, I mean, come on, the odds of him turning that round and finishing Dustin in the second round—when Round 1 is supposed to be Conor’s best round—it wasn’t good. It was not a good performance.”