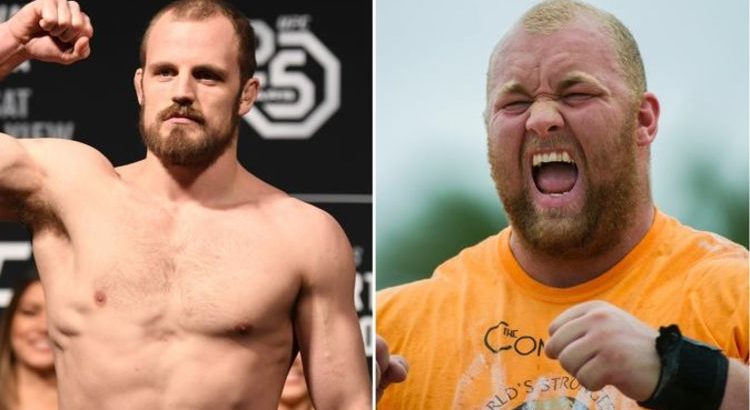 UFCF: McGregor gets to grips in grappling session

Conor McGregor’s team-mate, Icelandic UFC contender Gunnar Nelson, has faced a string of tough opponents throughout his career, but none have been as big, or imposing, as his latest foe. That’s because Nelson recently spent time on the mats against former World’s Strongest Man and the man known worldwide as “The Mountain” from Game of Thrones, Hafthor Bjornsson.

The two very differently-proportioned Icelandic athletes recently caught up at Nelson’s Mjolnir gym in Iceland as the smaller man put “The Mountain” through his paces on the mats.

The meeting, and the grappling session, was Bjornsson’s idea, as he continues to work on his cardio and fitness following his transition from strongman competition to boxing.

It’s meant that the six-foot-nine, 340-pound man-mountain has actually trimmed down a little, but he still towered over Nelson, who competes inside the UFC octagon at 170 pounds, half Bjornsson’s weight.

But, despite the size discrepancy, Bjornsson arrived on the mats as the student, rather than the master as he asked Nelson to put him through his paces.

JUST IN:
Conor McGregor’s advantage over Poirier explained ahead of UFC 264 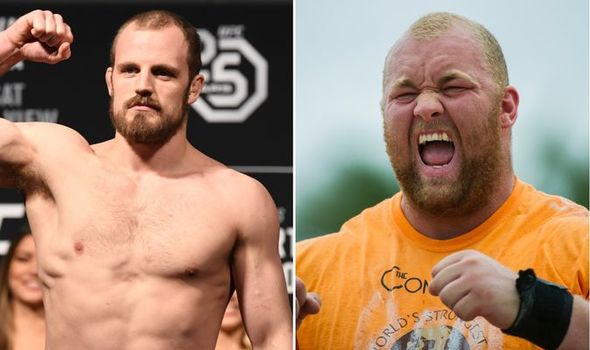 “I’ve been wanting (to do this) for a long time,” Bjornsson told Nelson in a video posted to his YouTube channel.

“Because a lot of my friends have been saying, I have no chance against you on the floor.

“I’m just interested to see if the technique and the experience is going to overcome the strength.

“Not only the strength but also the body weight.”

Fighters in the sport of mixed martial arts are used to taking on opponents of roughly the same size and weight inside the cage.

But their martial arts skills can be used in a self-defence situation to subdue people much bigger and heavier than themselves.

And Nelson demonstrated that fact as he dominated “The Mountain” on the mat.

Despite Bjornsson’s massive size, weight and strength advantage, Nelson, a Brazilian jiu-jitsu black belt with 12 of his 17 career wins coming by way of submission, was able pin down the bigger man and find his way to a submission.

But, despite showcasing his clear grappling superiority against the strongman-turned-TV-star, Nelson admitted he was impressed with Bjornsson, who used his strength to fend off the welterweight fighter and avoid a host of potential submission predicaments during their session.

“When he asked me if his strength was surprising, I was like, ‘no,’ but his conditioning was.

“He was able to keep going and not just conditioning but he was smart with his fights. He used his weight well.

“He’s not just heavy and strong but he’s athletic with his weight.”