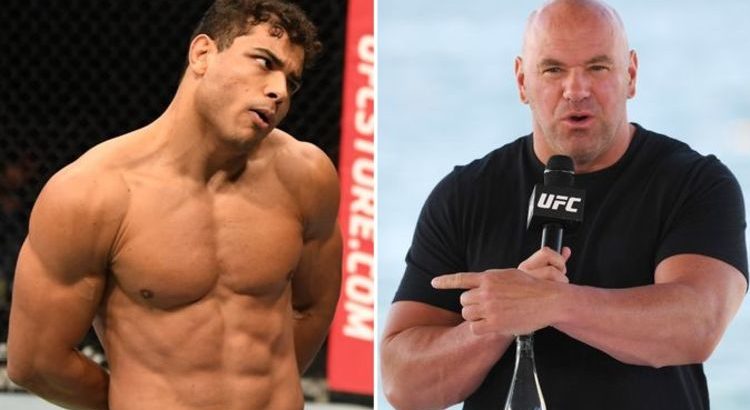 The Brazilian, meanwhile, has not yet signed a bout agreement for his next contest, and has become embroiled in a dispute with the UFC over how much he should be paid for his next octagon assignment.

Costa initially tweeted, “UFC needs to pay me as main fighter to have fighting in main events.

“YouTubers are showing all disgrace on this business.”

He then clarified his remarks, tweeting, “Just to be clear. I never signed or locked up that contract.

“Why UFC announced this fight if I didn’t signed? My question too.” 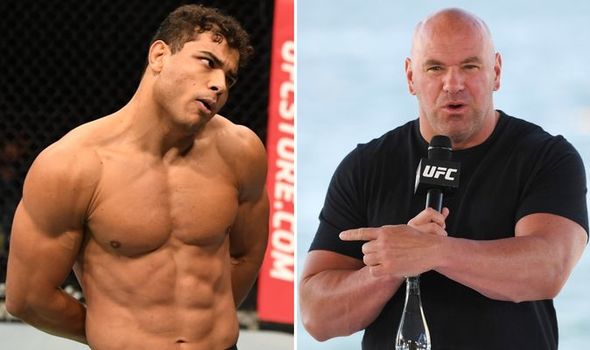 White addressed the disgruntled Brazilian’s comments in an interview with TSN in Canada, saying, “You signed a contract, you’re under contract.

“If that’s the way you feel, you know what I say all the time.

“Get out of your contract and go do whatever you want to do.”

The UFC typically doesn’t release top-ranked fighters in the middle of their contracts, and White said he wouldn’t make an exception for Costa, but instead said the Brazilian was welcome to fight out his contract as quickly as he can and go and test the free agent market.

“You’re in no position to be talking about crazy money after your last performance,” White stated, referencing Costa’s disappointing display against Adesanya.

He also addressed the comments about YouTubers earning big money – a reference to Logan and Jake Paul, who have successfully transitioned from YouTube vlogging to prizefighting with lucrative results.

“You should be happy for the kid. Good for him, ” White said of Logan Paul’s bumper payday against Floyd Mayweather.

“You should have started a YouTube channel when you were thirteen years old and built your name up and everything else, and you could have had the fight on Saturday night, but you didn’t.

“You’re not a YouTuber, you’re a fighter, and this is what you do for a living – or you don’t, it’s up to you.

“Come back and put yourself in a position to do something big.”

Costa later released comments via his Instagram page doubling down on his initial statement.

“I have been working so hard to come and make a great show for the fans against a great UFC name in a similar position to me,” he wrote.

“But (the UFC) keep insisting on paying me even less than some unranked fighters. That’s so unfair.

“And I’m a guy who people want to see fighting!

“I believe this is very bad for the sport and fans have lost good fights that were supposed to have happened.

“I’ll be training hard, as always, to make that vicious fight people love to watch.”