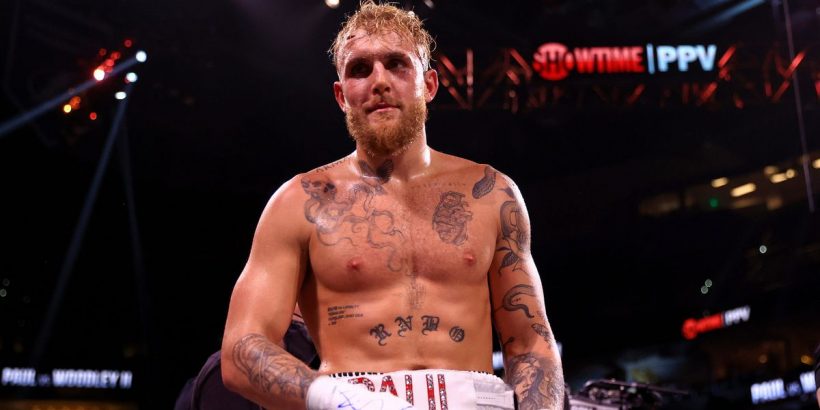 The prospect of a lucrative bout between Jake Paul and Conor McGregor has been boosted after the YouTuber's boxing coach backed his credentials inside a cage.

Paul, 24, knocked out former UFC fighter Tyron Woodley in December to take his professional record to 5-0. It was the second time he had defeated Woodley, 39, and sparked a war of words between him and UFC supremo Dana White.

Before his wins over Woodley, he also earned a knockout win over former Bellator champion Ben Askren.

'The Problem Child' has now vowed to take a break from boxing but has frequently teased a switch to MMA, challenging McGregor and savaging him with a series of online taunts, even dressing up as 'The Notorious' in mock online videos.

He's also called out the likes of Nate Diaz and Jorge Masvidal and now his coach, BJ Flores, has tipped his man to star in MMA circles.

“He’s just a well-rounded kid,” he told The Schmo.

“I’ll help any way I can, anywhere possible. Like it’s not about me, it’s about him. If that’s the direction he wants to go, no problem. He’ll be good at anything he does, trust me.”

Paul has already revealed that he’s been in liaison with the American Kickboxing Academy, and has long been vocal on the issue of money in the UFC. He has criticised White for underpaying fighters and failing to provide long-term health care for fighters.

Does Jake Paul have what it takes to fight Conor McGregor? Let us know in the comments section.

Regardless of the format, many combat fans are craving a grudge match between Paul and McGregor, 33, which would inevitably receive top billing at a PPV event.

However, it's not a bout that's likely to happen anytime soon, with the Irish fighter still undergoing rehabilitation after breaking his leg in during his defeat to Dustin Poirier in July.

When he is ready to return, thought to be in Spring 2023, a trilogy fight with Diaz or even a fourth clash with 'The Diamond' appear his most likely options.

The former featherweight and lightweight double champion has also been called out by Muay Thai kickboxer Superbon Banchamek, although given he still has two fights left on his UFC contract, any mixed-rules bouts currently appear off the table.