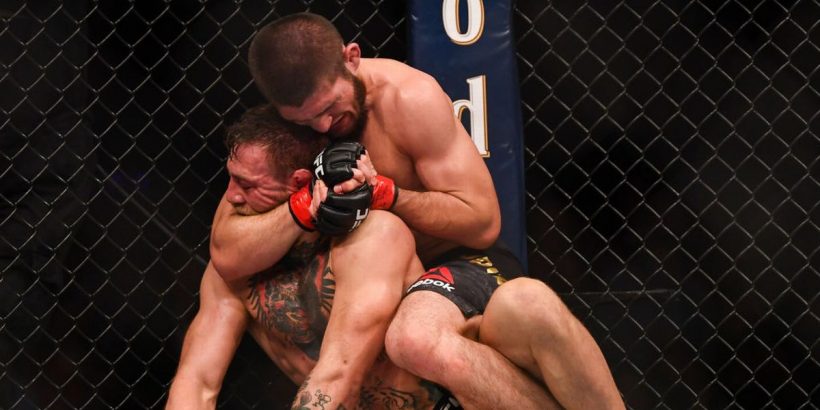 Khabib Nurmagomedov has stated that he would have killed Conor McGregor during their lightweight title fight “If there had been no referee.”

McGregor and Nurmagomedov clashed in one of the most infamous bouts in UFC history at UFC 229 three years ago.

The fight came half a year after McGregor’s shocking attack on a bus that Nurmagomedov was travelling in, which was controversially used in promotional content for the clash by the UFC.

The bookies believed the bout would be a close one, with the Russian entering as a slim favourite. Instead, Nurmagomedov totally dominated McGregor, dropping the Irishman in the second round before submitting him via fourth-round neck crank.

While the bout appeared to be a fairly decisive conclusion to their rivalry, the pair have continued to fire brutal, personal insults at one another.

In a recent interview with Russian news outlet RT, Nurmagomedov was asked about the fight and explained that it could have been far worse for McGregor had referee Herb Dean not stepped in.

"You saw what happened. Remove Herb Dean and you yourself will understand whether I would have gone to the end or not," Nurmagomedov bluntly said.

"A person can die from such a [grip]. If I were to strangle you a little behind the scenes, you would understand what it is about.

Do you think Khabib Nurmagomedov will ever fight in the UFC again? Let us know in the comments section below.

"When a person strangles you and has been doing this for 30 years, this is a cold weapon. If there had been no referee, what could have happened?

Following the bout, even with a referee and arena security present, Nurmagomedov thought it necessary to take the fight to McGregor’s coaching team.

Immediately after his victory, Nurmagomedov stood over a breathless McGregor and began gesturing to the Notorious’ corner.

Before the UFC’s security could step in, the Eagle had climbed on top of the octagon and was flying towards McGregor’s close friend and teammate Dillon Danis.

This sparked a shocking brawl that saw Danis and Nurmagomedov trade a series of blows. McGregor was also heavily involved and fired shots of his own at Abubakar Nurmagomedov, Khabib’s cousin, and UFC featherweight Zubaira Tukhugov.

It also overshadowed an otherwise sensational night for the Eagle, who not only defended his lightweight title for the first time, but also broke out as one of the biggest stars and best fighters in MMA.