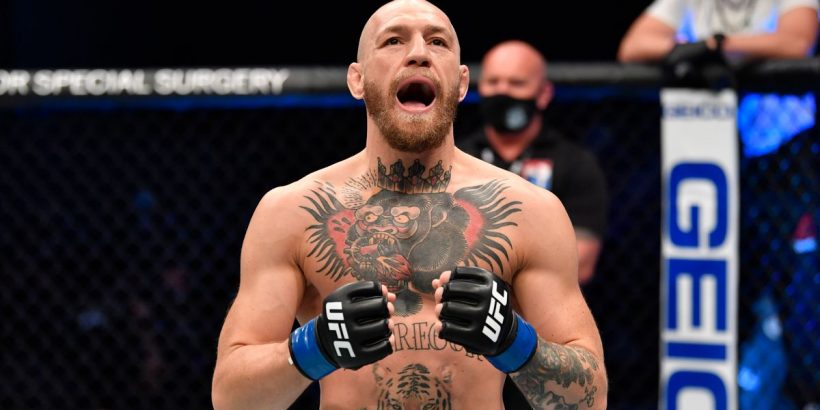 Conor McGregor only fought once in 2020: however, despite this, he has been named as Forbes' highest-paid athlete of 2020 – ahead of Lionel Messi and LeBron James.

He also finished higher than sporting superstar Cristiano Ronaldo, and footage has reemerged online of McGregor – eerily – predicting the feat.

Back in 2016, McGregor – who was then ranked at 85th – and Ronaldo, who was that years top dog, met at a training camp for the Irishman's upcoming bout with Nate Diaz.

McGregor told the four-time Ballon D'Or winner that he would surpass him on the list one day.

“You were number one of the Forbes list, I was like number 35 or something. I’ll get up. Maybe next year I’ll get you,” McGregor cheekily remarked.

“I don’t think so,” Ronaldo smiled back.

However, five years after the encounter – and Ronaldo's comment – McGregor has knocked the Portuguese superstar off his perch.

He pocketed a handy $22million for the fight.

The majority of McGregor's earnings – $158million of it – stems from his Proper No. 12 whiskey brand.

The Irishman returned to Octagon this January – at UFC 257 – where he suffered the first KO defeat of his career at the hands of Dustin Poirier.

However, the pair at set to clash again at UFC 264 on July 10, and the winner is expected to earn a title shot at lightweight gold in the second half of the year.

READ MORE: Four problems Conor McGregor would have to solve if he bought Man Utd from the Glazers