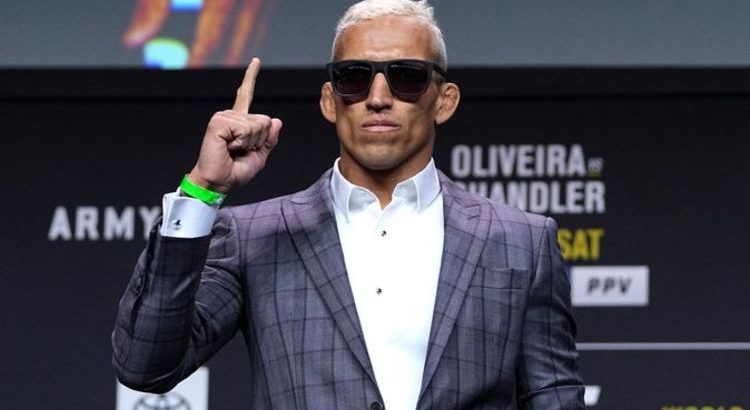 Charles Oliveira has had to wait a long time for his shot at championship gold, and now he’s got it, he plans on making his opportunity count.

Brazil’s Oliveira will take on America’s Michael Chandler in the main event of UFC 262 on Saturday night in Houston, Texas, and says he’s ready to complete his journey to the top of the sport he’s been competing in for more than 13 years.

Speaking at the UFC 262 press conference in Houston, Oliveira explained that he had stayed patient throughout his career as he steadily built up his form.

Now he’s heading into the biggest fight of his career riding an eight-fight winning streak, with seven of those victories coming inside the distance.

But, despite having to sit tight and wait for his opportunity, the Brazilian explained that he never got discouraged.

“No, I never had a doubt,” said Oliveira, through a translator. 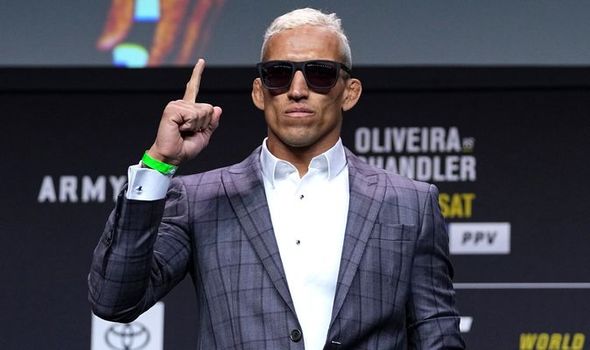 Oliveira’s career in the UFC has seen him claim a string of records.

He has the most submission finishes in UFC history, with 14, and his 93.75% finish rate is also the highest in the promotion.

His six submissions during his time as a featherweight are also an all-time UFC record.

In addition, “Do Bronx” also holds the UFC record for the most “Performance of the Night” bonuses in promotional history, with 10, while his 17 post-fight bonuses rank second in the all-time list.

It means Oliveira is among the most dangerous fighters in the world, and he wants one more honour to add to that list of records – the undisputed UFC lightweight world title.

“It‘s about legacy,” he explained.

“I have the most submissions, I have the second most bonuses in the company, and I want to prove that I can hang with these guys. It’s about legacy.” 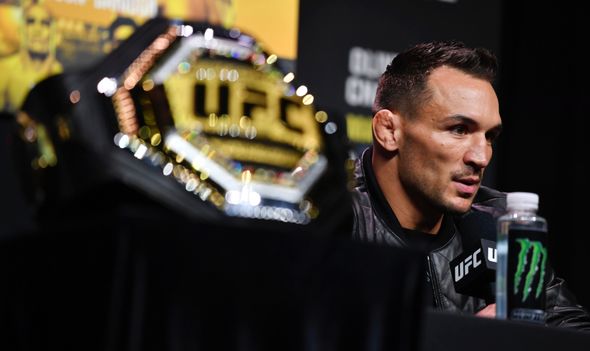 Standing in the way of that legacy-defining achievement is Chandler, a former three-time Bellator lightweight champion who arrived in the UFC with a barnstorming first-round finish of New Zealand contender Dan Hooker at UFC 257 in January.

The American’s championship credentials, coupled with his statement-making octagon debut, earned him the spot across the cage against Oliveira on Saturday night.

Oliveira said he’s full of respect for Chandler’s career achievements to date, but vowed to take him to the limit on fight night in his quest for gold.

“Michael is a super tough guy. He deserves all the respect in the world,” Oliveira said.

“He was a champion in Bellator and has a great history.

“He hits hard on the feet, and he’s got wrestling, so for sure he’s coming in ready for the fight.