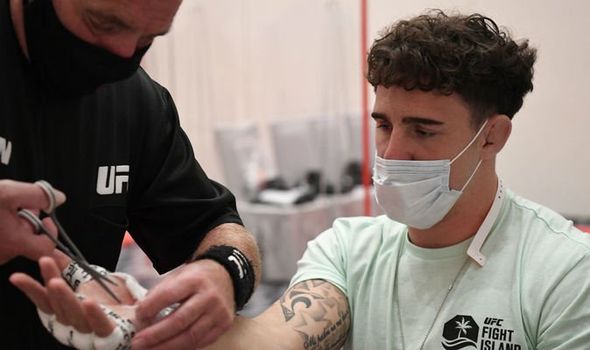 There wasn’t a moment’s hesitation in Tom Aspinall’s mind when he learned of the change opponent for his second UFC outing. Wigan’s Aspinall was slated to meet fellow heavyweight prospect Sergey Spivak this weekend at UFC Fight Night 179 in Abu Dhabi.

But just as he was about to begin his journey back to Fight Island, the Team Kaobon standout was informed the ‘Polar Bear’ had been forced to withdraw from their contest.

“It was around about a week’s notice,” Aspinall told Express Sport when recalling how he learned of Spivak’s withdrawal. “Basically, they told me the day I was leaving that Sergey had pulled out and that I was going to have another opponent.”

Aspinall’s new assignment for his second Octagon outing will be UFC debutant Alan Baudot, who inked a deal with the promotion late last week.

While many would’ve wanted time to research their short-notice opponent before accepting or declining the fight, Aspinall didn’t hesitate to do the former.

JUST IN: Khabib Nurmagomedov addresses retirement rumours ahead of UFC 254 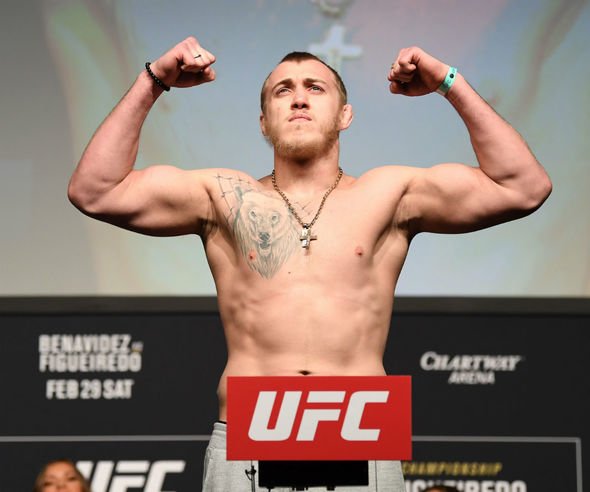 I just accepted it without even watching him

Tom Aspinall on his late change of opponent

“I just accepted it without even watching him,” the Cage Warriors alumni said. “And then when I got here, I started watching him.

“MMA is so crazy – it’s happened so many times when the opponent has switched. You’ve just got to get in there and see what happens.”

Aspinall has taken solace in the fact he’s had a full camp for his return to Yas Island, adding: “I’ve had a full training camp.

“I don’t know if he was preparing for another fight or what, but maybe he hasn’t had a full training camp. I honestly don’t know. I know that I’ve trained hard for it. So that’s all I can do, focus on myself.”

Israel Adesanya explains what surprised him about Paulo Costa win

Stylistically, Baudot will present a completely different set of problems to those posed by the submission-based Spivak.

“I’ve prepared for it as much as I can, so we’ll just get in there and see what happens,” Aspinall said of the skill set possessed by Baudot. “You can’t prepare for someone’s specific style in a week.

“The same way he can’t prepare for my style in a week. So let’s just go in there and see.”

Aspinall – who picked up a £34,000 Performance of the Night bonus in his debut in July – may not be fazed by the new task ahead of him but is wary of the win-win situation Badout is in. 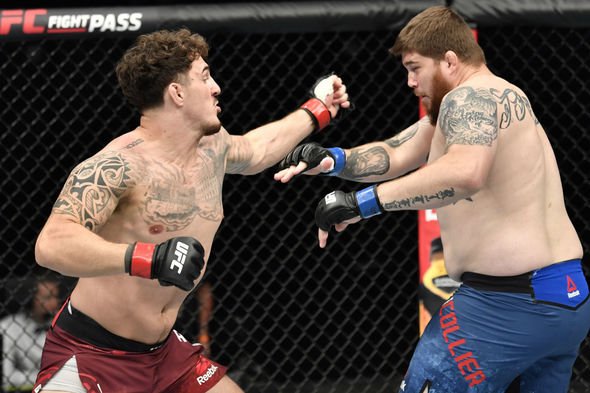 “He’s got nothing to lose,” the 27-year-old said of ‘The Black Samourai’. “He’s got absolutely nothing to lose. As far as I’m aware of, he was already here because he’s got a team-mate fighting next week.

“So he was getting the trip paid for and everything and now he’s got the bonus of having a fight, where he could potentially get a good win. He has absolutely nothing to lose. So I’ve got to be careful with it.”

Although he’ll exercise caution this weekend, the heavy-handed Aspinall is confident he’ll get the job done in as equally devastating fashion as he did in his debut.

“I see me making him miss and just countering. That’s what I think,” Aspinall said. “I think I’m going to catch him with a punch. I’m going to knock him out.”