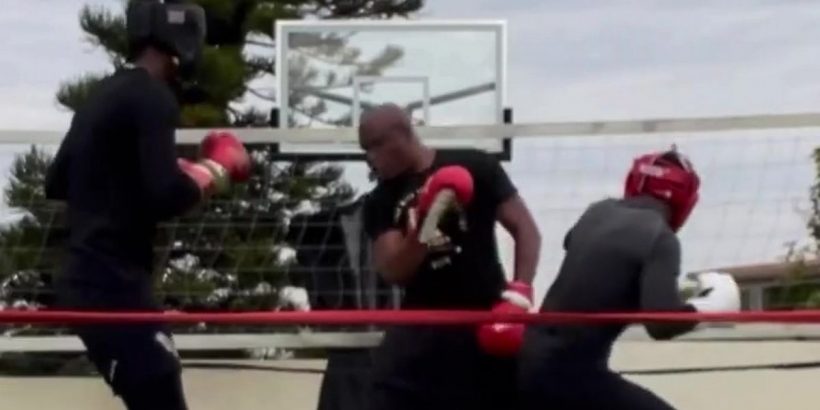 Former UFC legend Anderson Silva has proven he's still got it as footage emerges of him making light work of a 2-on-1 sparring session.

'The Spider' is regarded as the greatest middleweight champion ever but hasn't set foot in the octagon since a damaging defeat to Uriah Hall at UFC Fight Night 181 in October 2020.

That loss proved to be his final UFC outing, as the following month, the Brazilian was released from his contract.

However, over a year on since his last bout, footage recently uploaded to social media shows the 46-year-old hasn't lost his touch.

The clip featured the middleweight champ's iconic low hands and a number of no-look strikes as the MMA legend showed glimpses of his former self.

At his peak, Silva recorded the longest title reign in UFC history at 2,457 days, a streak that included a UFC record 16 consecutive victories between 2006 and 2013.

Who is the greatest UFC fighter of all time? Let us know your thoughts in the comments section below

Following his 2020 release, Silva made a victorious return to professional boxing, causing an upset when he beat Julio Cesar Chavez Jr. last summer before then knocking out fellow former UFC champion Tito Ortiz in the ring.

It now appears as though 'The Spider' is passing his wealth of knowledge down to the next generation of Silva's, with his two sons Kalyl and Gabriel both embarking on kickboxing careers.

Kalyl has already shown signs of living up to his father's prestigious reputation as the 22-year-old put away an opponent within 12 seconds of his kickboxing debut last year after landing a jumping roundhouse to his head.

Silva himself could also return to action soon after emerging as the early betting favourite to become Jake Paul's next opponent.

'The Problem Child' has previously called out the likes of Tommy Fury, Nate Diaz, Jorge Masvidal and Conor McGregor, but it remains to be seen whether a fight with Silva could potentially be on the cards.