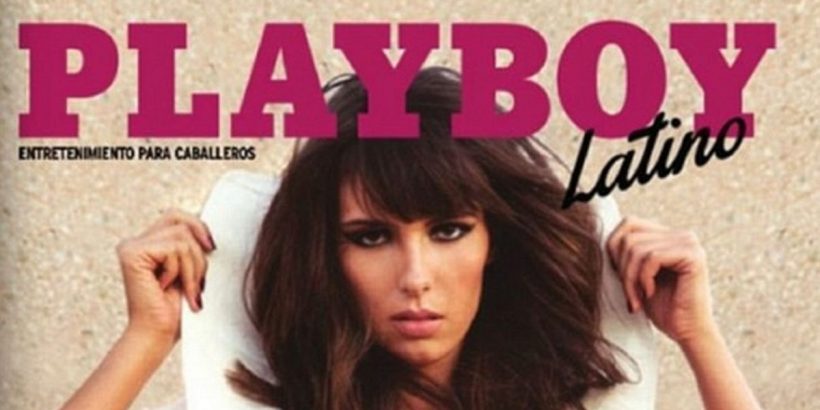 From Brittney Palmer to Arianny Celeste and Brittny Ward to Holly Maddison, more than a few UFC ring card girls have hopped between the octagon and the pages of the iconic magazine over the years.

Some of the sport's most iconic women have appeared in Hugh Hefner's spread, and one even went out with the late Lothario.

Daily Star Sport has already brought you a host of WWE babes who stripped naked for Playboy.

And now we're turning our attention to the UFC honeys who became Hefner's bunnies by posing for the legendary magazine.

She made her UFC debut in 2011 and has won the Ringcard Girl of the Year award on two separate occasions.

Who's your favourite ring girl-cum-Playboy model? Let us know in the comments section.

The octagon babe, who recently posed topless on Instagram, graced Playboy a decade ago, appearing in the March 2012 edition.

Palmer has also modelled for iconic magazines such as FHM and Maxim.

Move over Brittney Palmer – Arianny Celeste, 36, has won UFC Ring Girl of the Year on no fewer than six separate occasions.

Oh, and she's also appeared in Playboy too, obviously.

Celeste, who hails from Las Vegas, posed nude for the November 2010 issue, which was one of the top-selling editions that year.

In 2015 she famously got into a row with UFC star Ronda Rousey, calling her a "bully" after she argued ring girls "are either being paid too much or the fighters aren't paid enough."

Celeste argued being a ring card girl is "not as easy as it looks or seems."

Rachelle Leah became a UFC ring card girl at the age of 19 and made her Playboy debut just a few years later in November 2008.

It was an easy decision for Leah to pose for Hefner's mag, but she needed permission from her parents first.

Just after the shoot she told ESPN: "Well, UFC called me a few months ago, and said Playboy is interested – are you?

"I literally said, 'Give me a few minutes,' hung up, called my parents.

"I told them I really wanted to do it, but I wouldn't do it unless they said they were cool with it. Luckily, they were 110 per cent behind it, so I call back UFC, they call Playboy and within days I'm on a plane to Los Angeles."

And boy, are we glad she did.

Unlike most women on this list, Holly Madison, 42, is probably more famous for her association with Playboy than UFC.

Not content with being a cover star, the blonde bombshell was the girlfriend of Hugh Hefner himself for seven whole years.

Madison, who appeared as a guest ring girl at UFC 100, but did not become a regular, broke up with Hef in the same year.

The model was never actually a playmate, although Playboy did publish a nude shot of her with her The Girls Next Door co-stars in the November 2005 issue.

Former octagon girl Chandella Powell never actually posed for Playboy, but she did work as bunny at the old Playboy Club at the Palms in Las Vegas.

Brittny Ward might be a name familiar to some readers. If so, that's because she's the fiancee of none other than former Formula One champion Jenson Button.

Born and raised in California, Brittny was a ring girl for UFC over a decade ago – before being discovered by a top modelling agency.

She first appeared in Playboy as Miss January and in the accompanying interview she described herself as a "hyperconfident, kickass woman."

These days she is the beau of 2009 F1 champion Button, who is thankful for her support as he travels around with his work for Sky Sports F1.