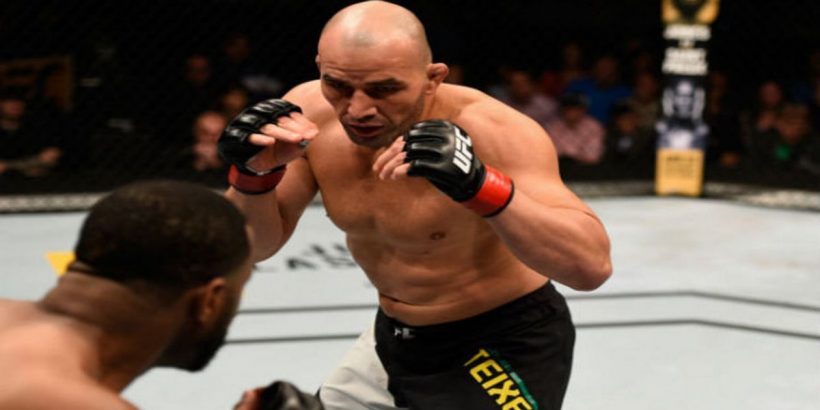 Just two days after he turns 42, Teixeira will take on light-heavyweight champion Jan Blachowicz at UFC 267 this Saturday, and victory would cap a remarkable tale of defiance from the Brazilian icon.

Forging a career in the UFC was easy compared to what we went through to base himself in the US, risking life and limb as a 19-year-old to smuggle himself past the Mexican border.

And now Teixeira has given a frightening insight into what he endured on MMA Fighting's Portuguese-language podcast Trocação Franca.

"It's tense," he said, of his backstory. "It took me 43 days to get here. Everybody knows how dangerous it is to cross the Mexico border. People die, people get arrested, tortured. So (my mother) was very concerned, but also hopeful that her son was going after his dream, a better life.

"I was 19, right? I didn't care. I was drinking every night and getting wasted most of the time. But we went through some scary places. We were on an island in Guatemala.

"They were nice people but you could see there was no police there, there was nothing. They treated us really well, but the guides were obviously bribing everybody."

Despite admitting their location was "dangerous," the Connecticut resident described how he stayed in Tijuana for eight days waiting for thick fog, so the group could travel without fear of being spotted by immigration officers in helicopters.

Will Glover Teixeira win on Saturday? Let us know what you think in the comments section.

Arrival in America didn't signal the end of the journey though, and Texeira was held prisoner as smugglers demanded money from his guide. During that time, he was guarded by armed men and fed once a day.

However, finally the money was paid and Teixeira embarked on freedom.

Complications didn't end there. Watching old UFC tapes inspired him to try MMA but despite his obvious talent, his illegal status deterred him from signing for major promotions.

He was turned down for a visa but then a passionate letter sent by his wife to a junior state senator prompted a u-turn, and in 2011 he was granted an American visa and passport.

He promptly signed with the UFC in 2012 and has since become a company veteran of 20 fights, although a world-title belt has thus far eluded him.

So when Texeira takes on Polish fighter Blachowicz in Abu Dhabi on Saturday he won't be plagued by a fear of losing.

Given his story, he's already won.