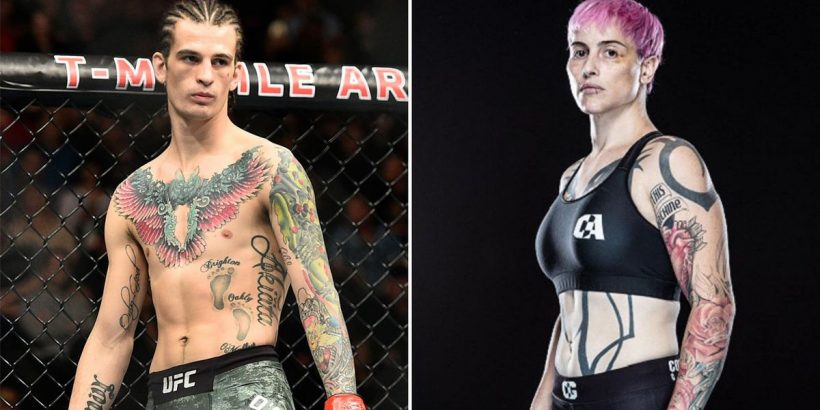 The 38-year-old won her debut fight against Celine Provost and became the first openly-transgender MMA athlete to compete in the US since 2014 after Fallon Fox.

Now O’Malley has had his say on McLaughlin’s fight and he is not impressed.

"And look at that, you could tell that's a dude. A jacked girl. I mean, look at those arms."

Other members of the UFC/MMA world had their say on McLaughlin being allowed to compete, including UFC middleweight Sean Strickland.

The combat athlete fumed: “Change your name, call yourself a woman…but you’re still a f****** man. Get out of women’s MMA coward. This is why the athletic commission is useless,” Strickland posted on Instagram.

“I consider myself a classical feminist. If your religion or government has an unequal standard for women, then I’m not with it, testicles at birth man.”

What did you think of McLaughlin's historic victory? Let us know in the comments section.

Posting a picture showing the wounds of battle on her face, she wrote: “Good morning, friends, supporters and others! I'm getting a lot of variations of the same nasty messages calling me a cheater like I didn't just get beat on for a round and a half.”

She added: “Y'all need to show Celine Provost some respect and take your concern trolling elsewhere.

“She almost finished me more than once, and on scorecards she definitely won that first round. This is the only post I'll make about this. Transphobes are just making my block hand stronger.”

The fighter came out as transgender in 2003 but was denied gender reassignment surgery by her mother and the pair no longer speak.

McLaughlin had passed a series of medical requirements before the fight, including hormone assessments.