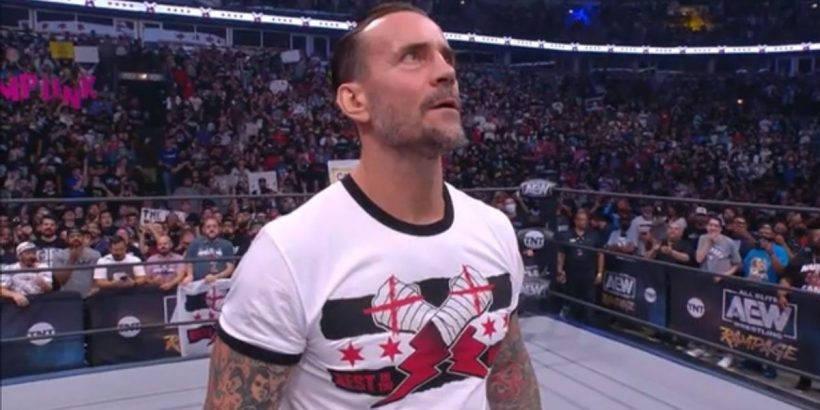 CM Punk made a triumphant return to wrestling after seven years away.

The former WWE star signed with All Elite Wrestling and made his highly-anticipated debut at last night’s AEW Rampage show.

The 42-year-old made his appearance with the theme music “Cult of Personality”, which he used in the WWE.

He received a raucous reaction from his hometown crowd in Chicago and even jumped into the arms of fans ringside, before cutting an impassioned promo.

"If at all through my journey my personal choices or decisions related to my life made you feel disappointed or let down, let me just say I understand.

“If you all try to understand that I was never going to get healthy physically, mentally, spiritually or emotionally staying in the same place that got me sick in the first place."

The former WWE champion used the opportunity to take a shot at his former employers, who he last appeared for in the 2014 Royal Rumble.

"I cried because I knew I was leaving a place that I love, and it was a home, and I knew where I was going. It wasn't going to be easy for a guy like me.

He then announced his first AEW match would be at All Out on Sept. 5 against Darby Allin – again in his home city of Chicago.

CM Punk’s wife AJ Lee, who he met in WWE, reacted to her husband’s return to the squared circle.

The ex-WWE women’s champ posted a photo of Punk in the ring and their dog, Larry, sitting by the TV. With a crying ice cream bar emoji, she wrote, “proud of papa.”

Punk left Ring Of Honour and signed for WWE in 2005, where he enjoyed plenty of success.

He became the first and currently the only person to win the Money in the Bank contract twice and enjoyed the longest WWE championship reign in the modern era, before Brock Lesnar surpassed it in 2018.

He became disillusioned with Vince McMahon’s company after a dispute with the company that led to WWE's doctor, Christopher Amann, suing him for defamation and successfully winning the lawsuit.