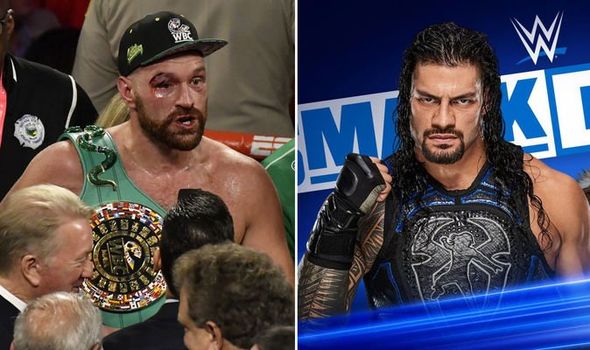 SmackDown emanates tonight at the Manchester Arena in the United Kingdom and WWE are set to put out all the stops in an exciting night.

Tyson Fury will return to WWE TV two weeks after his impressive knockout victory over Braun Strowman on his wrestling debut at Crown Jewel in Saudi Arabia.

Vince McMahon’s promotion teased the possibility of Fury and Strowman crossing paths once more in the lineal heavyweight boxing champion’s hometown before he joins Corey Graves’ After The Bell podcast.

Strowman didn’t take his loss to The Gypsy King well as he hit him with the Running Powerslam immediately after the bell in Riyadh hinting that their feud is not over yet.

The former WBA, WBO and IBF World Heavyweight Champion, though, insisted in a post-match interview backstage that he is now concentrated on his highly-anticipated rematch with Deontay Wilder, which takes place on February 22 in Las Vegas.

Fury’s appearance won’t be the only exciting attraction of the night as NXT are expected to continue their WWE invasion.

The exciting brand wrecked havoc on SmackDown and RAW with the likes of The Undisputed ERA, NXT Women’s Champion Shayna Baszler and former UFC star Matt Riddle attacking some of the biggest stars in wrestling.

That is already setting up some exciting dream matches ahead of Survivor Series, which takes place on November 24 at the Allstate Arena in Rosemont, Illinois. 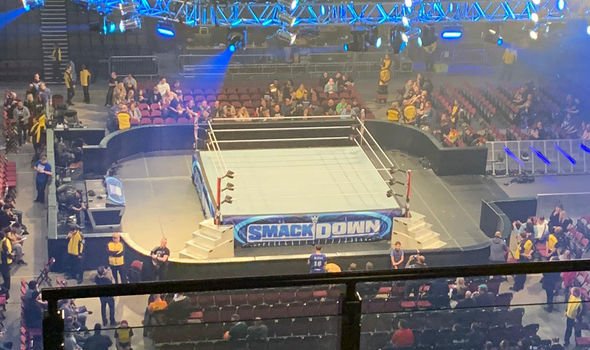 Team Hogan stood tall but Corbin doesn’t seem to be taking that loss well as he blindsided Reigns during his interview at WWE Backstage on FS1.

SmackDown Tag Team Champions Scott Dawson and Dash Wilder of The Revival will defend their titles against Kofi Kingston and Big E of The New Day.

The challengers earned the right to face the title-holders after besting them in an Eight-Man Tag Team Match two weeks ago.

Scottish superstar Nikki Cross will share the ring with Sasha Banks, who is a close friend of SmackDown Women’s Champion Bayley.

Cross came close to dethroning Bayley last week but was denied by Banks’ interference – thus the Glaswegian will be looking for revenge.